No victory in death EP 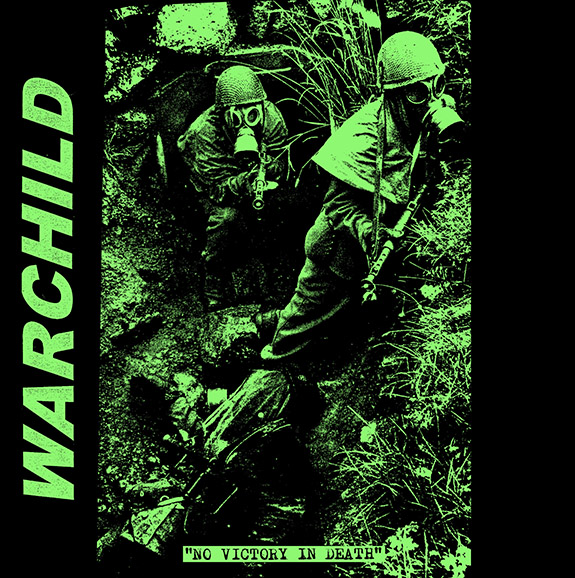 Out Now. The album features 8 tracks that evoke the spirit of both early 80’s Berlin and NYC underground music. Inspired by the electronic punk aggression of X-Mal Deutschland and Suicide, the minimal synth austerity of Xeno & Oaklander and a healthy dose of art damaged underground noise harkening to Malaria! and early Sonic Youth, “Living Textures” is both refreshing and familiar.

Brick and Mortar part of the record store will be closed for the duration of the quarantine. in the meantime we’ve uploaded our entire inventory backstock to the web store. there’s hundreds of additional records up now, at some point we might try and run some “$1” record sales and post a text list on the site. we still have loads of stuff in the record store but it’s going to have to wait until we can figure out a way to get it online without overloading the store. some recordings at the studio that were scheduled this week wil be re-scheduled as soon as possible but look for new albums from long knife and hellshock to be recorded as soon as it’s possible . lmtdedition of the Warchild – no victory in death ep’s are screend and should be available any day now. Take care of yourself and stay safe!

Warchild – no victory in death ep out now! 400 copies on black 100 lmtd will be available soon.

Happy new year! finally updating the webstore. will be adding close to 1,000 titles from our back stock at the record store the next few weeks. then hopefully be able to put in some of the really cool stuff we have at the record store. going to at least try it and see how smooth things go. but the idea is to getmore of the inventory we have at the physical location on here.
Also have some release news coming February so keep your ears open for next months news!

Genogeist LP’s are up for sale. lmtd editions going fast, Same goes for the Death Ridge Boys new ep. Anniversary weekend went great, thanks to everyone who came out. those were some of the best shows of the year. still hard at work on the new warehouse spaces and remodelling the old record store/studio spots. got tons of collections in the shop this month. some of the best selections of 80’s punk and hardcore we’ve even had. if you’re in town stop in and check it out!

Anniversary shows coming up as well as release shows for the next two Black Water releases. Death Ridge Boys – don’t let them divide us ep’s are ready. lmtds will be ready for the show on the 23rd. Genogeist lp’s are just about ready to go. lmtd editions will be available at the show on the 22nd. 50/50 if the covers will be back for the show or the day after… (like normal record release shows…) really excited for December as well. the new warehouse we’ve been working on is almost completely finished and all the businessesthere have been up and running. i’ll post more news on that when i have more time (after the anniversary etc. also starting back on the record store inventory and there’s a tentative plan to start integrating the massive amount of back-stock and record store stock onto the web store. it’s in the thousands of records so it’s been quite a bit of work to do in between everything else. Anyway, lots of cool news coming in 2020.here’s the list of bands playing this months anniversary show 21st-23rd. It’s going to be epic (and only $6 each show!!).
Day 1: Bi-Marks/Long Knife/Dead Hunt/Rigorous Institution
Day 2: Nightfeeder/Genogeist/Boiling Over/Horrendous 3D
Day 3: Vice Device/Public Eye/Death Ridge Boys (record swap noon-5 pm)

This year marks 20 years of Black Water existence. in various forms and activeness since 1999. 5 years for the Bar/Venue/Restaurant at 835 NE Broadway. working on a bunch of announcments this month but for now we have a couple days of bands and DJ’S and a record swap planned for November 21st-23rd. the line-ups include bands that have releases or have releases planned for the label along with some DJ’s etc. the record swap will be the 6th (?) one we’ve done and hope to start it up annually again. the swap is 12-5 on the 23rd of November. Also, don’t miss Dead Hunt on tour in Europe throughout October!

Genogeist lp tests have been approved (release date set for November 22nd) Death Ridge Boys – don’t let them divide us 7″ tests approved (release date set for November 23rd) got the tracks for the new Warchild – no victory ep and they rule! hopefully that one is out before the end of the year. working on the20 year anniversarry show for Black Water. nothing too crazy but should be a good weekend!

Rigorous Institution – penitent 7″ and Warchild – controll of atomic power 7″ are both out! just finished up the lmtd editions on both (only 100) they’ll go up on the site in the next week. most are already gone and these both should be sold out by the end of the month. lots of work went into them (especially the RI ones) pressings for both are 400 black / 100 color. Death Ridge Boys – don’t let them divide us 7″ should also be back in the next week or so. still working hard on completing this new warehouse space so i’m still behind on everythingwith the site and label but slowly making progress… – also Destripados – gutless cassettes are out now as well on Riposte.

Finally some more news! Warchild – controll of atomic power 7″ and the Rigorous Institution – penitent 7″ have just shipped from the pressing plant and should be here mid July. both will have a limited run of 100 on color with extra sleeves available via the band, record store or mailorder (lmtd Vice Device is almost sold out). i’m about a month away from finishing the build-out on the new warehouse space and will be able to give an update on that when it’s finished. needless to say it’s a ton of workon top of an already heavy workload and has consumed a bit more of my time than i’d have liked. still keeping up with the label and shop in between though. there will be some cool news in the coming months as we approach 20 years since the inception of Black Water. in the meantime i’ll try and keep more on top of these updates…

Missed the last month of updates, been crazy busy here as always with the studios and the restaurant/bar/venue. anyway, Tests were approved on the Vice Device – living textures LP so that one is set to be released May 25th. Arctic Flowers – straight to the hunter LP is out (released by the band). Black Water will be helping with distribution so get in touch if you want copies. Long Knife will be doing a short west coast tour mid April but we’ll still be trying to keep up on the web store updates. right now it’s still about 1/10 of what we have in stock but hopefully that will change soon. Bunch of other news coming soon, including release dates on the Rigorous Institution and Warchild ep’s.

1st update of the new year, 3 new releases go to the plant this week and should be back by March if all sticks to schedule, 1st is the debut ep by local metallic crust punks Rigorous Institution followed bykiller new 12″ from Swedish powerhouse Warchild. look for them to be touring the west coast in the spring. one of the best live bands going right now so you won’t want to miss them. Also excited to be able to release the first full length from local dark wave synth trio Vice Device.Going to be a busy year for new releases! Also great tours coming through in the next few months including a west coast tour from Syndrome 81 (France) in February.

Spending this month trying to update as many records to the webstore as possible. there’s a few thousand still to put up and it’s been slow going trying to catch up and keep up with the new stuff coming in at the same time. hopefully we can get most of them up by the end of the year. label is also just going to be catching up with the last few releases. the lmtd’s on the last 4 releases are moving fast and should be gone here in a short while. got some cool stuff in the works including a new ep by local favorites Rigorous Institution and another Warchild ripper! also might try and work on a few of those ancient reissues we were supposed to do years ago before the label had to take a break.
*Forward tour is over and was amazing for those guys, thanks to all who came out and supported them. next up will be a west coast tour for Syndrome 81 from France. 10 days in February so keep your eyes peeled for the dates!

New Forward – Apathy Kills People ep out now. 200 lmtd edition copies for tour and mailorder only, word is the tour copies are all sold out so just available through the record store and mailorder now. also just released, Death Ridge Boys – right side of history lp. members of criminal damage and talk is poison tragedy etc. this is a one time pressing of 500 with 100 lmtd mailorder copies. get them while you can.

No Label news, just a lot of rad shows coming through, still playing catch up with the inventory on the web store. FORWARD from Tokyo will be on tour in the U.S. starting Halloween, west coast with Long knife, new ep release set for October 31st, also DRB release show and benefit for our buddy FOAT, show with Dead Hunt, Destripados, Lebenden Toten, and a bunch of other black water stuff. not a bad time to be in PDX. heads up, mailorder will be on hold until mid November while Long Knife is on tour.

Destripados – Gutless lp is out. High energy Discharge / Chaos U.K. influenced Scandinavian hardcore punk. Like a high speed totalitar meets skitslickers, super raw and aggressive from start to finish. part of a new breed of PDX hardcore punks bands. these guys just finished tearing things up at the LatinX fest in new york. the lmtd edition of this one along with the Dead Hunt lmtd lp will be avaialble from the web store or in the record store by mid month.

Dead Hunt lp is out just in time to support their west coast tour. One of the best hardcore metal punk bands around this lp shreds start to finish! Japanese hardcore meets Scandinavian. think twisted love child of Anti-Cimex/Wolfpack and Deathside. lmtd version available with alternate cover on colored vinyl. Also avaible now is the lmtd edition of the estranged/public eye split ep. and last copies of the pms 84 lmtd edition still available, at least for the next few weeks.The webstore is also up and running , starting out real slow on this one. just the stuff we have a decent amount of stock of. we’ll be integrating the newer arrivals into the shop as we work out the bugs and feel things out. If you’re in town and want to stop by and check things out we’re usually open 7 days a week from noon until 7.

Here is the latest news punk. Internet Black Water is finally back! After spending the last years lost in the realms of the dark webway we’ve finally escaped the Chaos (or at least we are trying to). Syndrome 81 lp out now! super catchy pissed and angry Oi! from France. The Estranged – World of Birds/Frozen Fingers ep out now! Portland post-punk veterans the Estranged 1st releases in 5 years! plus the instant classic split ep with the Estranged and Public Eye. More news to come… 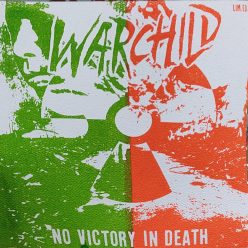 Warchild – No victory in death lmtd 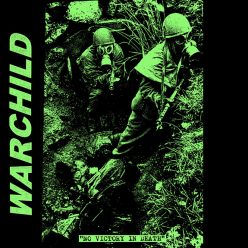 Warchild – No victory in death 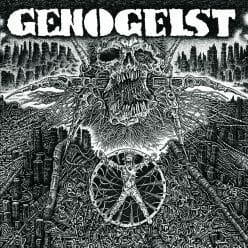 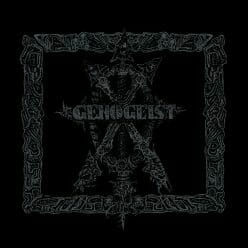 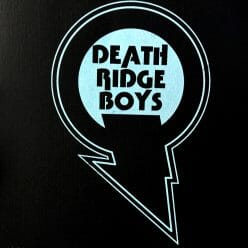 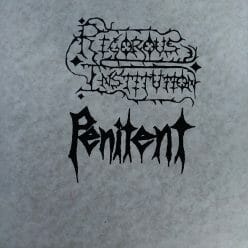 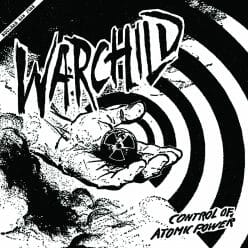 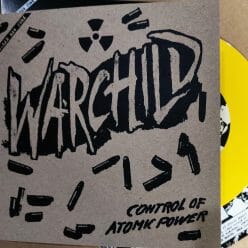 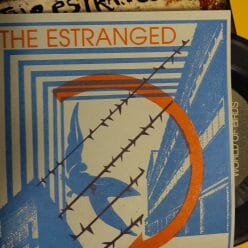 Estranged, The – Self Titled ep (Lmtd) 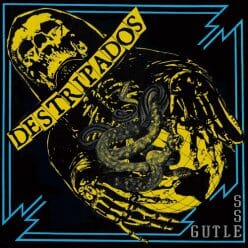 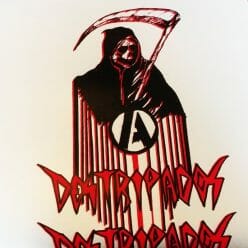